Augmented and virtual reality: for an immersive travel experience 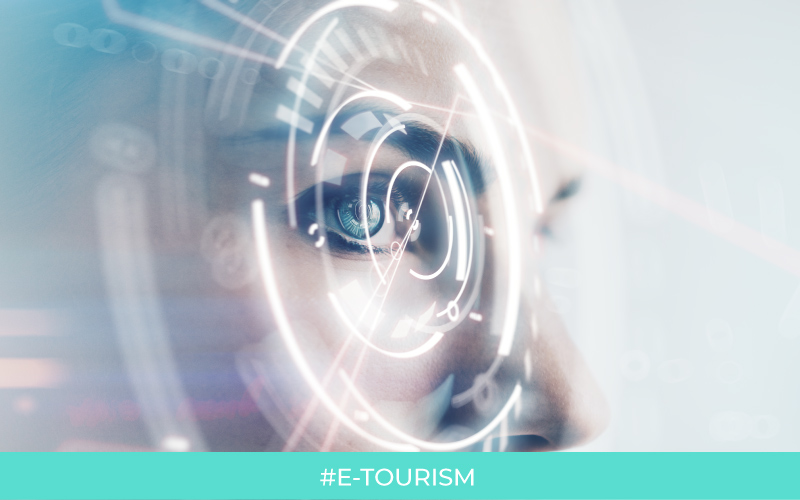 What is this couple doing with these funny glasses on their face in the hotel lobby? While some are reading the news, they are visiting the Kheops pyramid! And this woman passionately standing for 20 minutes admiring ‘Guernica’? The lenses allow her to immerse herself in the middle of the Spanish war, alongside Picasso! And what about this man going back and forth in front of a Parisian travel agency desk? He’s visiting his future Tokyo hotel room in 360°! Sci-fi you’d say? Not at all, these applications really exist and are already good opportunities for many tourism players. And this is thanks to 2 great technologies that complete each other: virtual reality and augmented reality.

When tourism takes augmented and virtual reality up

Virtual reality relies on the assembly of 3D CGIs (computer-generated images), created by computer from the reality. The user therefore has the impression of really being in the reconstituted place, to the point where he can move like a lambda walker discovering the new details when he raises or spins his head: we deal with 360° immersion.

Augmented reality enables to apply external elements (videos or texts, for example) to real elements thanks to a transmitter or recognized by the application (a building, a work or art…).

The combination of the two increases the reality of the 3D CGIs — for example, for a monument, you can see a reconstitution of what it looked like in the past. These techniques offer an immersive experience to tourists when applied in the tourism and travel industry. And this in each step of its getaway cycle. Here is the proof with some concrete examples… 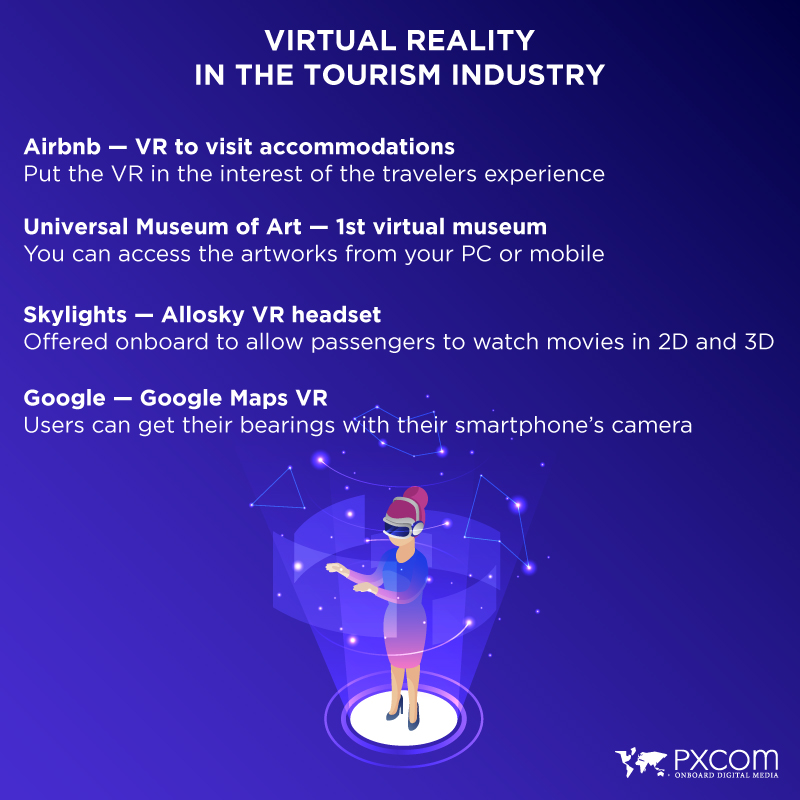 Augmented and virtual reality: the technologies that enrich every steps of the travelers’ experience

Before the travel: the immersion as a promotional tool

The Club Med for its villages, or even New Caledonia Tourism, allow agencies who own virtual reality headsets to make their customers discover their destination with YouTube 360° or Facebook 360°. On a smaller scale, you can make your customers visit hotel rooms before the booking — this is what offer big hotel chains such as Marriott or Western Union, or even the tour-operator Expedia. Visiting before choosing is an easily-declinable solution to reach customers to websites, and cultural or sports activities.

During the travel: submarine visit with Eurostar and inflight panoramic movie theater

For more than a year now, Eurostar offers to its customers to visit the sea floors while crossing The Channel. Not through the windows (that overlook the tunnel), but thanks to virtual reality. The French start-up Skylights prepares headsets for airlines that each passenger can rent. No more small screen shaken by the laugh of the passenger in front of you, now this solution immerse yourself in a movie theater with a panoramic screen. Similar headsets, lent since they are sponsored, that could favor the inflight promotion of activities or destinations.

During the journey: cities, monuments and museums compete with augmented or virtual reality apps

The Tourist Agency of Bordeaux, for example, offers an iPad to visit the city in virtual reality. On the museums and monuments side, the Detroit Institute of Arts visitors can discover the monument commanded by Nabuchodonosor, with a VR app. The same technology combined to augmented reality makes Barcelona’s Casa Battlo visit magical. Same for the ‘Magritte’ Expo that took place in San Francisco in Fall 2018. And the examples keep abounding.

After the travel: sharing in 360° but not that much quality!

The YouTube 360° and Facebook 360° technologies now allow travelers to share their 360° experience thank to embedded cameras by drones, that you can rent in some destinations that seized the opportunity. However, these immersive movies still lack quality…

Traveling from home: everyone is happy, and the Earth thanks you

It is now possible to travel without leaving your house, as this article from Motherboard explains. Beyond the fad, augmented and virtual reality could bring a lot to handicapped persons, or to elders, by making them live unforgettable touristic sensations. Other things to consider: these technologies contribute to the environmental preservation. It would be relevant to close some of the weakened places but virtually open them to a large virtual audience.